In July 2010 the Archive Group mounted a week-long display to mark the 160th Anniversary of All Saints’ Primary School in the school library, once the reception classroom where many began their education. 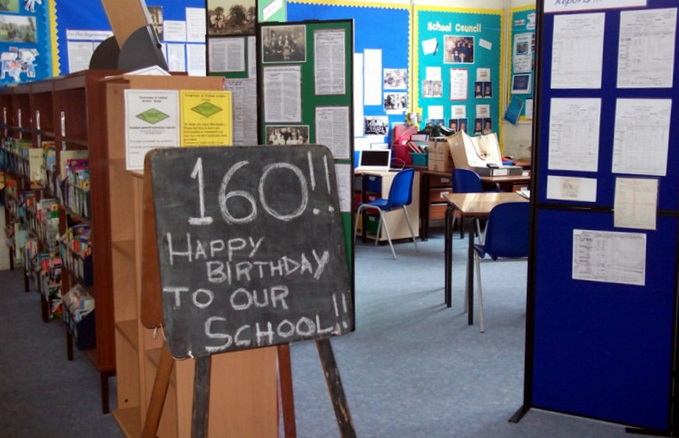 The enormous amount of material on show included photographs including one of the school being built in1849, school records, news reports and written memories, while a punishment book caused a certain amount of embarrassment to several residents of high standing. 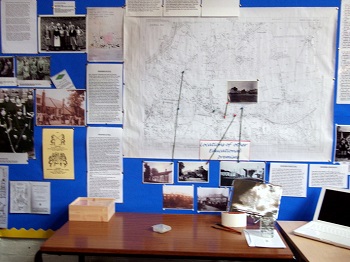 Previously unidentified cine film, transferred to disc through the Group, showed the construction of the new school hall and the building of the swimming pool, with footage of annual school camping trips to either Guernsey or Wales.

Also the trip to Buckingham Palace of  PTA members with Miss Kate Hammett to collect her MBE in 1956.